From ancient Greek merchants attempting to claim insurance by sinking their ships, to Roman armies ‘selling the Emperor’s throne’(!): since time began, whenever there’s been a system open to exploitation, there have been fraudsters willing to try their luck. And succeeding.

However, most historical crimes were essentially isolated events. While a single fraudster could be a repeat offender, compared to the sheer number of people who can be duped at scale across different digital channels – by largely ‘invisible’ cyber criminals – it’s clear that fraud has become much more of an everyday concern for all of us.

But how did we get to this point? What risks do we need to be aware of right now? What can we do about it?

A History Of Digital Deviance

In a similar way to other forms of fraud, digital scams date back further than you might think. Email phishing allegedly first took place in the early 1970s, although it’s generally accepted that the term was coined and the practice became commonplace in the mid-1990s.

Since then, the online world has seen con artists try their hand at everything from fake email addresses to using information gleaned from massive data breaches; with $47 million being the most amount of money a single person has lost to an email scam

(Incidentally, the most famous email scam, the ‘419’, aka ‘Advance-fee’, aka ‘the Nigerian Prince’ scam surfaced as mail fraud some 100 years ago.

But email isn’t the only digital channel that’s been hijacked. The very first mobile phone scams came about during the high-flying 80s when they became available – way before they were popular.

Given the high cost of these now infamous brick-sized devices, the wealthy were pretty much only people in possession of them (so it makes sense that they quickly became fraud targets too).

SMS messages requesting funds be ‘quickly sent’ to a specific account by a ‘family member’ began to soon after, though again didn’t surge in number until well into the 90s when uptake soared.

Of course, these aren’t the only forms of online fraud that surfaced at the start of the Internet’s popularity. Password theft, website hacks, and spyware – among others – proliferated at an alarming rate around the world at a similar time.

So, if we take it that digital scams have been around for some 25 years, why do they persist – especially when awareness is so high –? One of the biggest problems we face today is the ease with which online fraud can take place.

Hackers, of course, continue to evolve their skills in line with advances in tech. But when you consider the number of sites that anyone can access – the marketplaces and classified sites/apps that rely on user-generated content – pretty much anyone can find a way to cheat these systems and those that use them.

As we’ve explored previously, scammers operate with an alarming regularityall year round. However, they’re much more active around specific retail events – such as peak online shopping periods, like Black Friday, the January sales, back to school accommodation searches, and the Chinese New Year.

However, while 2020 was shaping up to be a landmark year for fraudsters, given the many different sporting and cultural events – such as the Euro 2020 and Copa Americas football tournaments, and of course, the Summer Olympics – it seems that fate had very different plans for all of us: in the form of the COVID-19 pandemic.

But true to form, scammers are not above using an international healthcare crisis to cheat others.COVID-19 has given rise to different challenges and opportunities for online businesses. For example, video conferencing services, delivery apps, dating websites, and marketplaces themselves have largely been in an advantageous position financially, given the fact they’re digital services.

However, given the knock-on economic factors of coronavirus and the danger of furlough drifting into long term unemployment – among other things – there may be more wider reaching behavioral shifts to consider.

That said, fraudulent behavior simply seems to adapt to any environment we find ourselves in. In the UK, research shows that over a third (36%) of people have been the target of scammers during lockdown – with nearly two thirds stating that they were concerned that someone they knew could be targeted.

Examples playing on fear of contamination include the sale of home protection products, while other more finance-focused scams include fake government grants (requesting personal information), help with credit applications (for a fee), and even investment opportunities promising recession-proof returns for those with enough Bitcoin to put into such schemes.

The Gap Is Closing

It’s clear that online fraud is closely aligned with wider trends. In fact, the ‘newer’ something is, the more likely scammers are likely to step in. Looking at the various timelines of many of these scams against when the technology itself was first invented, and it’s clear that as time progresses, the gap between the two is closing.

There’s a very good reason for this: the pace of adoption. Basically, the more people there are using a particular device or piece of software, the more prolific specific types of scam have become.

Consider the release of the iPhone XS back in 2013 and the popularity of mobile game, Pokemon Go, three years later. Both events provided fraudsters with enough of an incentive to target innocent users.

As with most (if not all) eCommerce scams, the launch of the iPhone XS played upon consumer desire and ‘FOMO’ (fear of missing out) to manipulate Apple enthusiasts into being able to get their hands on the latest technology ahead of the official launch date.

Not only that, but the accompanying hype around the launch proved the perfect time for fraudsters to offer other mobile phone-orientated scams.

In general new tech and trends lead to new scams. For instance, Pokémon Go gave rise to new scams such as the Pokémon Taxi (‘expert’ drivers literally taking users for a ride to locations where rare Pokémon were said to frequent) and the advanced user profile (basically paying for accounts that other players had already leveled up on).

The fact it was so new and its popularity surged in such a short period of time, it made it a whole lot easier for fraud to materialize. Essentially, there was no precedent set – no history of usage. No-one knew what exactly to anticipate. As a result, scams were materializing as quickly as new users signed up.

In one case, players were being tricked into paying for access as ‘new server space was needed’. Not paying the $12.99 requested would result in their hard fought Pokemon Go accounts being frozen. While that might be a small price to pay for one person, at scale it would mean a significant amount.

Regardless of which methods they use, fraudsters are ultimately focused on one thing. Whether they’re using ransomware to lock out users from their data, posting ‘too-good-to-be-true’ offers on an online marketplace, or manipulating lonely and vulnerable people on a dating app  – the end result is cold hard cash through scalable methods.

However, while hackers will simply barge their way into digital environments, those using online marketplaces and classifieds sites essentially need to worm their way into their chosen environment. In doing so they often leave behind a lot of clues that experienced moderators can detect.

For example, the practice of ad modification or use of Trojan ads on public marketplaces follow particular patterns of user behavior that can cause alarm bells to ring.

So what can marketplace and classified site owners do to stay ahead of fraudsters? A lot, in fact. Awareness is undoubtedly the first step to countering scams, but that alone will only raise suspicion than act as a preventative measure.

Data analysis is another important step. But, again, the biggest issue is reviewing and moderating at scale. When you have an international platform, how can a small moderation team police every single post or interaction when thousands are created every day?

This is where moderation technology – such as filters – can help weed out suspicious activity and flag possible fraud.

In order to stay ahead of fraudsters, you need a combination of human expertise, AI, and filters. While it’s possible for marketplace owners to train AI to recognize these patterns at scale, completely new scams won’t be picked up by AI (as it relies on being trained on a dataset). This is where experienced and informed moderators can really add value.

People who follow scam trends and spot new instances of fraud quickly are on full alert during big global and local events. They can very quickly create and apply the right filters and begin building the dataset for the AI to be trained on.

Ultimately, as tech advances, so too will scams. And while we can’t predict what’s around the corner, adopting an approach to digital moderation that’s agile enough to move with the demands of your customers – and with fast intervention when new scam trends appear – is the only way to future proof your site.

Prevention, after all, is much better than a cure. But where fraud is concerned, a blend of speed, awareness, and action are just as critical. 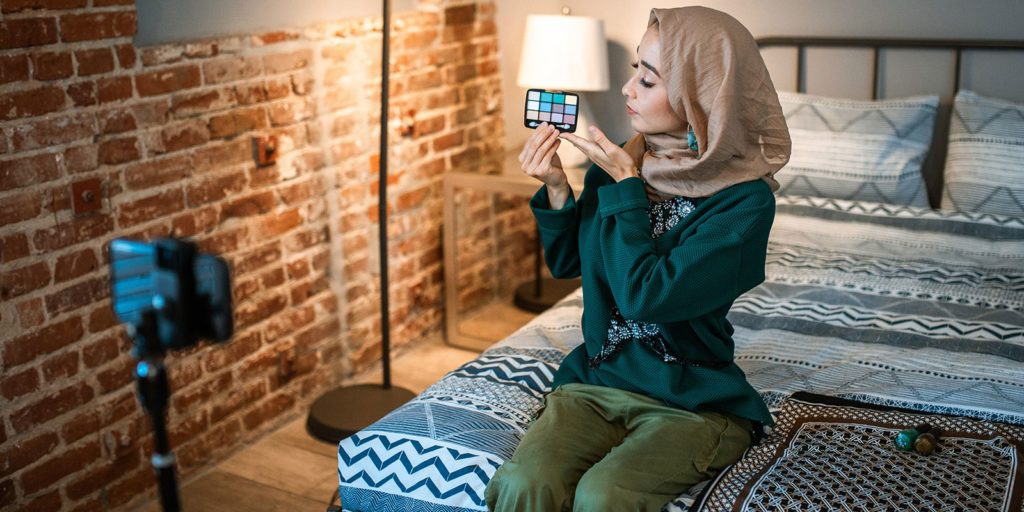 Cultural pitfalls for your content moderation strategy & how to avoid them