Online Sexual Harassment: What It Is & How To Prevent It

Tackling inappropriate sexual behavior on dating sites and apps means having some difficult conversations about online conduct. But awareness is the first step on the road to prevention. Besedo spoke with online dating safety expert, Chris Dietzel, about some of the challenges and behaviors society needs to address.

Sexual harassment isn’t just found lurking in the dark corners of human society. It’s very much out in the open. The number of brave women who expressed a single #MeToo during the recent social media campaign was alarming to say the least.

But it also highlighted uncertainty around the definition of sexual harassment. While lots of conversations are being had about what physically constitutes sexual harassment, there’s been little examination of the topic in digital environments. But online dating safety expert, Chris Dietzel, hopes to change that.

However, he believes that one of the biggest problems we face is the fact that many people just aren’t aware of just how damaging unwanted behaviors can be. This is down to the fact that acceptance of inappropriateness is something that’s deeply ingrained in modern culture.

A Ph.D. Student at McGill University in Montreal, Canada, Chris turned his attention to online dating after conducting some research into people’s experiences on certain sites and apps.

“A lot of the inappropriate behaviors and sexual advances many condemn in offline environments – such as in the workplace or in social settings – aren’t always deemed as serious or damaging or problematic in a digital context,” he explains.

The definition of sexual harassment is essentially anything unwanted that’s sexual in nature. Online, it could be sexual communication that’s intimidating, predatory, or humiliating. It could be an image or inappropriate texts. Perhaps unsolicited or insistent messages. Jokes, even. And while we can argue that between consenting adults these could be acceptable, online there can be a high degree of uncertainty that true consent is mutual between two people.

“Context and permission are the keywords here,” says Chris. “Problems arise if there’s no open understanding or agreement of consent between the individuals. In online dating, the parameters of permission are too often based on assumptions about what one individual thinks that the other wants. For example, two people may flirt on a dating app. While one person might assume that a conversation like this is a prelude to sex, the other may simply be enjoying the lighthearted conversation.”

While it’s clear that there can easily be a breakdown in communication, what isn’t immediately apparent is how more extreme online behaviors creep in. While it’s logical (but definitely not excusable) that someone might lash out after being rejected, responding by publicly sharing an intimate photo is an extreme response. Actions like this fall under the banner of a word that many would be shocked to hear associated with online activity: rape.

Putting something as extreme as ‘rape’ in a cultural context is admittedly an uncomfortable topic. While the word unequivocally refers to sexual violence, the term ‘rape culture’ requires definition, as it takes into account a complex set of behaviors, that many may not even consider problematic.

Chris works as a research assistant on “IMPACTS: Collaborations to Address Sexual Violence on Campus”, a seven-year project that addresses sexual violence on university campuses across Canada and internationally. The IMPACTS Project, which is housed at McGill, defines rape culture as: The way in which sexist societal attitudes, misogyny and language tacitly condone, minimize and/or normalize sexual violence — mostly against women, but also against other genders.

“Online, these behaviors are evident in the way some people communicate about sex and violence. In fact, in some cases, people might not even be aware that they’re condoning it because certain terms, phrases, and behaviors have become normalized in mainstream cultures,” Chris explains.

“Admittedly some are glaringly obvious — such as the infamous ‘grab them by the pussy’ slur — but other misogynistic terms, or even just the way in which sex and violence are referred to casually, illustrate widespread acceptance of inappropriateness as a cultural norm.”

For example, many women are simply resigned to the fact that they are likely to experience some form of sexual harassment when they join an online dating service. They feel it’s a given that at some point they be sent inappropriate images and messages.

“The reason very little comes of these situations, and why so much goes unreported, is because people don’t actually know how to handle these behaviors,” says Chris. “They accept it as part of the dating app experience; that they have to deal with problematic individuals to find someone decent.”

Of course, those receiving the unwanted messages can delete the conversation and block the sender. They can even delete the app. But the damage has been done, and measures like these do nothing to stigmatize the sender; because the reaction is carried out by the recipient. In this situation, the ‘crime’ goes unpunished.

“Under these circumstances, many see it as difficult to assign blame,” Chris says. “Who’s at fault? The other person? The app? Yourself? Did your profile pic look too provocative? People often blame themselves when they feel victimized. And that makes them increasingly vulnerable.”

Rape myths, such as an individual feeling responsible for the sexual harassment they endured, are so ingrained in culture that victims of sexual violence may not know how to address the problems they encounter, particularly in online spaces.

Wherever there’s a visible distinction between a majority and a minority, there’s an unbalanced power dynamic at work. When a ‘norm’ is perceived, those that adhere to it – the majority – wield more social capital than those who don’t – the minority.

“For example, if person A has more social capital than person B — they’re more likely to abuse their power and try to manipulate person B,” explains Chris. “On the other side, if person B accepts the fact person A has more social capital than them; they’re more likely to tolerate abusive behavior from person A. This is what puts marginalized people at greater risk of being victimized.”

We also see that marginalized individuals, like the Asian male in this example, may be more willing to engage in less desirable situations or with unfavorable people out of desire for some, or any, social interaction. The marginalized individual feels lucky when someone approaches them since they do not receive as much attention as privileged folks, and might mean they lower their standards and go along with things that they might not normally. This is not to suggest that marginalized people or those with less social capital are powerless; rather, it suggests that there is greater opportunity for abuse and manipulation when there are differences in social capital.

These dynamics don’t just manifest in ‘real life’. Online, social capital counts too. And nowhere else is its dominance so visible: in the number of followers someone has on a social network; the amount of comments; views; clicks etc. This means that one’s social media presence online can inflate their social capital and give them more influence. Compared to other types of social power, influence in an online context is measurable, and the potential to abuse that power can be a very dangerous thing where sexual harassment is concerned.

The impact of technology

The sheer number of ways in which sexual harassment can happen online is troubling. It can be very public; taking place in a social network or public forum; or happen in a private email, direct message, or in-app chat. Or it can easily and quickly move from one to place to another, and as technology evolves so will the way that people interact in online dating.

“It’s easy to take for granted just how quickly things can spread online,” says Chris. “A comment, image, or video can be shared with thousands of people in seconds, which can have a tremendously negative emotional impact on an individual.”

“As the lines between real and virtual worlds converge, the environments in which dating and the associated conversations take place will shift too. But we’re still going to see harassment-related issues defined by context and environment – the platform used, and the conversations being had. “Ultimately, wherever there’s a system, people will abuse it. This is why the only real solution is education and awareness – to normalize discussion of sexual harassment; in conjunction with other proactive, rather than prohibitive, measures.”

To change things, we need to be able to have honest and open discussions about sexual harassment and make it clear that it does exist online as much as anywhere else. Education is a key component to making this happen, but the onus shouldn’t just be on public service and charity campaigns, according to Chris. Technology companies have a role to play too.

“App and site developers have an incredible opportunity to push progress forward, and provide their users with information on acceptable behaviors, videos, links, and insights,” explains Chris. “But it’s about being proactive too; setting standards and expectations.”

Chris also points out that most apps’ Terms & Conditions only cover behaviors relating to the app and the users — not between users and other users, which is why community standards are important.

“I think that it’s important to have standards that users abide by too. Facebook does this. So does the dating app, Chappy. Additionally, awareness of difference is important. Grindr has just included options to allow users to define their preferred personal pronouns. To help educate those who are curious, but don’t fully understand these issues, on the same page there’s an info button that explains what this all means and why people would specify that information.”

“At the end of the day, self-respect and respect for others is crucial in combating discrimination and harassment of any kind. By having honest dialogues with individuals about a range of issues – everything from identity to inappropriateness – we can raise more awareness about sexual harassment and better prevent it,” says Chris. “Shaming one person won’t necessarily change behavior, but getting a group of people to reflect on their actions will.”

“We are all responsible for what we tolerate as individuals. However, organizations, as well as companies – and society as a whole – need to step up to the plate and model the message of zero tolerance against sexual harassment. That’s the only way it will truly take effect.”

Chris is pursuing a career in university education to create meaningful experiences for students and to advocate for safe and healthy relationships, particularly for members of LGBTQ+ communities. 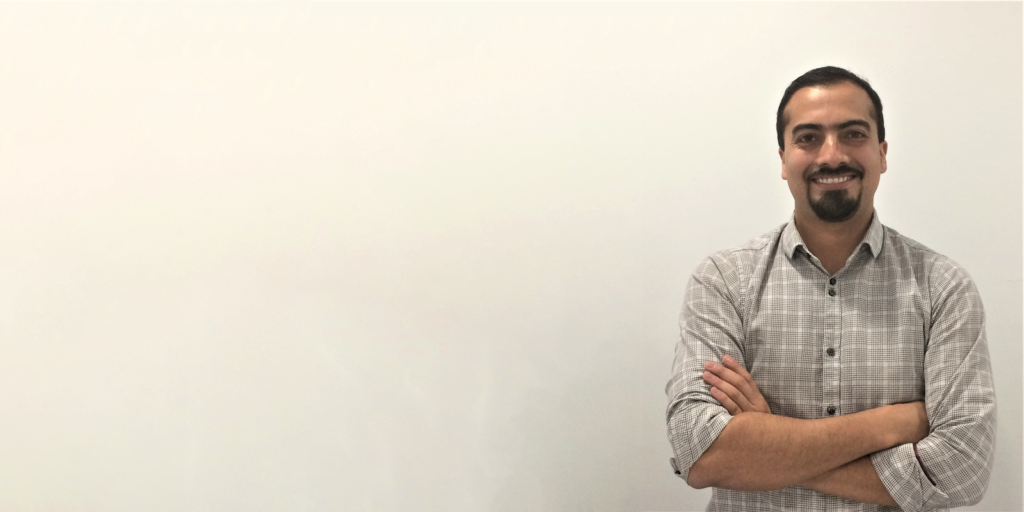 When you have a capable, knowledgeable, and committed team things are always easier – An interview with Global Head of ICT Kevin E. Ducón Pardey 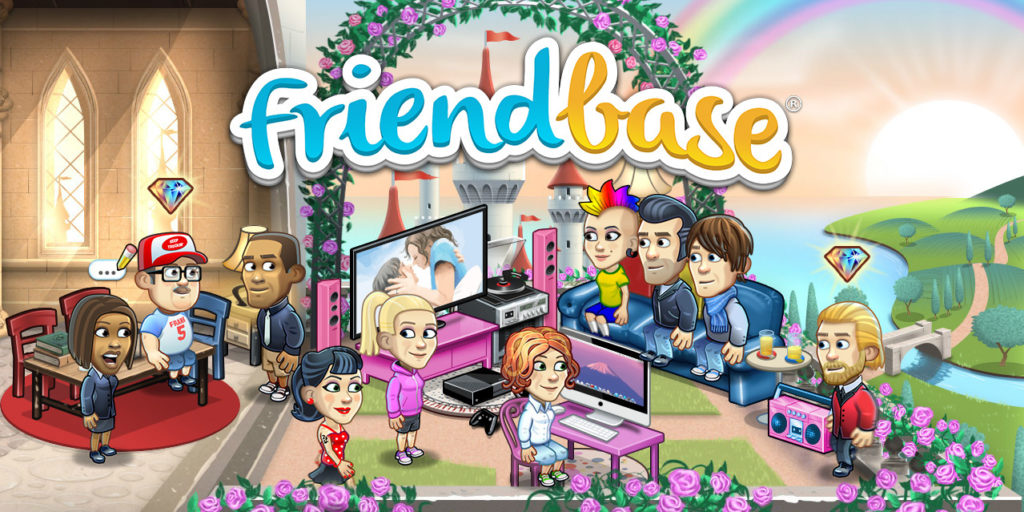 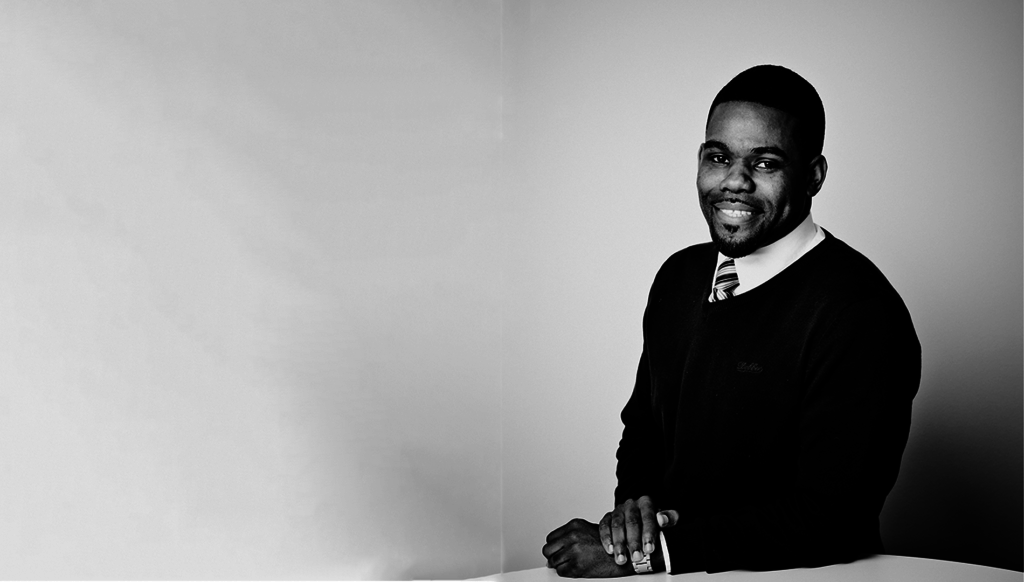