Together with Steven Baker, former director of FTC, we dive into the issue of romance scams, what AI can do to help prevent it right now and what romance scams will look like in the future.

Fake profiles and romance scams have been an issue since the beginning of online dating. In 2017, US$ 19 061 703 has been lost to romance and dating scammers. Keeping users safe is a continuous arms race as scammers adopt new strategies and tech in their schemes.

How can we fight back and ensure the safety of our users?

Tune in when Besedo CEO, Patrik Frisk, and former Director of FTC, Steven Baker, discuss current and future dating scam trends and how to prevent them.

In this webinar you will learn

*By ticking the box, you agree to be contacted by us and allowing us to keep your data for unlimited time. We take your privacy seriously and will treat your data with highest confidentiality. We do not sell your data, but we may share it with third-party processors storing the data and occasional third-party service providers supporting our operation. You can at any point access, change or delete your data, just send an email to hi@besedo.com. You also have the right to complain on how we handle data to EDPS.

Patrik has a masters degree in Engineering Physics  with a focus on Nuclear Physics and a masters in  Business Administration.

He is passionate about AI, the digital world and data and started his career as a data analyst focusing on making sense of big data sets. He then started his own company with the goal of monetizing user generated content.

In his capacity as CEO for Besedo, Patrik has been introduced to most CEO’s of the major classifieds sites around the globe. He has used the opportunity to motivate positive thoughts towards online marketplaces starting to share fraudulent data with the goal of making the Internet safer for all users and facilitate ingrained trust in the digital world.

C. Steven Baker recently retired as Director of the Federal Trade Commission’s Midwest Region in Chicago, a position he has held from 1988 until 2016. As the Director of FTC, Steven was the recipient of honorable awards, such as the Consumer Advocate of the Year award from the National Association of Consumer Agency Administrators, the FTC Chairman’s Award, the highest agency honor and the Chicago Better Business Bureau’s Torchbearer Award in 2016.

Steve is currently an International Investigations Specialist for the Better Business Bureau, where he recently authored national studies on pet fraud and tech support scams. He is also author of a weekly newsletter on consumer fraud issues that goes out around the world called the Baker Fraud Report.

Some of our trusted clients 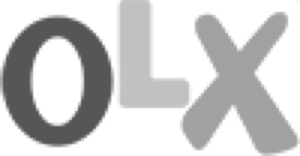 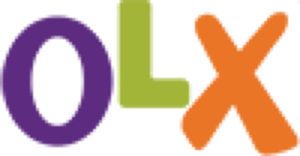