A Match Made in Monetization: Commercial Strategies For Dating Sites & Apps

As any app (or online service) provider knows – in their quest to hit an all-important network effect – it’s not just downloads and user numbers that indicate success. Revenue generation is ultimately needed to ensure longevity.

Dating apps have established some of the most forward-thinking and innovative monetization methods in technology today. But finding a perfectly matching monetization strategy for your app or dating site means adopting a method that reflects its content, style, and user experience.

Luckily, there are lots of different tried and true monetization strategies out there already. Although they broadly fall into two major categories – in which the user pays or a third party pays – there are many different variations.

Here are some ways dating site owners can monetize their operations or improve their current strategy.

Allowing other brands to advertise on your site has been part of the online world since the first sites went up. A natural extension of the broadcast media commercial model, passing the cost onto third party advertisers allows dating sites and apps to offer services for free: albeit for the price of the user’s attention.

Ad formats themselves come in all shapes and sizes – from simple PPC text ads to full-page interstitials, as well as native ads (more consistent with a site’s overall inventory), in-line carousel ads, in-feed content stream ads; among many others. Revenue is either generated via clicks, views, or transactions.

However, dating apps offer higher click-through rates and eCPMs (effective cost per thousand impressions) than games or other types of apps. Despite this, brands still need to work harder to make an impact as consumers have grown weary/immune/resistant to digital advertising.

Where online dating apps and sites are concerned, third party commercial affiliations range from the sublime to the ridiculous. Some pairings – like Tinder’s Dominos and Bud Light beer partnerships – might appear odd at first but, considering the importance of food and drink in the dating/socializing scene, actually make perfect sense.

From a business perspective, campaigns like these are a testament to a dating app’s ability to engage certain demographics (usually millennials) at scale; demonstrating the pulling power of a specific dating platform.

However, it’s not necessarily a technique that can be relied on to monetize a digital dating service from its very inception. Other methods are much more effective at doing that – often by selling their features and benefits. But this involves the cost being pushed back onto the user.

Subscriptions: Luring Users Behind The Paywall

Subscriptions ain’t what they used to be. Consumers are a lot more reluctant to part with their cash if they can’t see a genuine benefit for the service they’re from the very outset.

For some, better user experience is enough to sway them to part with a little cash each month. However for others, given that so many ‘free’ dating apps exist (admittedly of varying quality), unless they can clearly see what they’ll be getting for their money, they’ll take their chances elsewhere.

To overcome this, dating sites and apps offer varying degrees of ‘membership’ which can seem a little muddled to the uninitiated. So let’s consider the main contenders.

Firstly there’s the ‘free and paid app versions’ model: in which the free version has limited functionality, meaning the user must upgrade to fully benefit. Stalwarts like OkCupid and Plenty of Fish were among the first pioneers here – but many others champion this model too, including EliteSingles, Jaumo, Zoosk, Grindr and HowAboutDating – offering monthly and annual subscriptions.

The ‘Freemium’ model offers a similar experience – providing basic functionality for free – such as finding and communicating with others. However, other perks are available for an additional cost.

Badoo’s ‘Superpowers’ feature is probably the best known: letting users see who ‘liked’ them and added them to their favorites, as well as giving access to invisible mode, having their messages highlighted – plus they don’t see any ads. In fact, the popularity of Tinder’s ‘Rewind’ feature (taking back your swipe) led the company to start charging for it via it’s Tinder Plus and Tinder Gold packages. Bumble Boost, Hinge’s Preferred Membership, and Happn’s Premium are other scope-widening freemium services worth mentioning too.

A slight variation is the ‘free app with in-app purchases’ model. In addition to greater functionality – like a broader search radius and more daily matches – users can buy virtual and actual gifts and services. For example, Plenty Of Fish lets users digitally buy in-app ‘Goldfish’ credits to send virtual gifts to their potential dates – a folly to break the ice basically.

However, those that don’t want to pay, but are keen to test a few additional dating app perks, can often complete in-app tasks for limited-time access to premium accounts. Users are usually presented with an ‘offerwall’ detailing tasks to complete and the rewards to be reaped. MeetMe’s rewarded videos are a great example of this, as are rewarded surveys which seem to become increasingly common – and were trialed by dating app Matcher (now Dangle) a while back.

Activities like these indicate dating sites’ key asset: their audience data. Given that 15% of Americans use dating services and that the average user dedicates around 8 minutes to every session, the opportunity is real for those that achieve a certain scale.

But you can’t just sell data – can you?

The sale of user data is a big no-no when specific information is involved (remember Cambridge Analytica?). But when the user grants consent and the data remains anonymous, well, that’s a different story.

Companies operating in EU countries need to abide by GDPR regulations or risk severe penalties, and other international data security initiatives, such as the EU-US Privacy Shield Framework are held in high esteem. So how can dating sites use their rich data sources as a revenue generation tool?

The only kind of data that can be sold is non-personal data – with a user’s consent. Even then, the type of data source is restricted to basic parameters: device types, mobile operator, country, screen size – among others.

The good news is that there’s significant demand for all of this data – from market researchers across many different sectors for a range of purposes; including optimizing user experiences and understanding buying choices.

On another positive note, according to one research survey, 95% of respondents are content to use apps that collect anonymous usage statistics.

However, unless your dating app has more than 50,000 daily active users, it won’t offer a large enough pool to draw from; and it will prove difficult to find a buyer for it.

All things considered, as with many types of online businesses, the greater the combination of monetization methods, the more profit there is to be had. Perhaps that can explain Tinder’s phenomenal global success.

But in isolation, each method has its drawbacks. Advertising only reaps a reward when a service offers scale; otherwise, where’s the value for brands? Conversely, charging users for a new service can be tricky to justify – unless the cost unlocks some additional never-seen-before feature. And without scale, charging marketers for data insights is pretty much impossible.

What is crucial, however, from the very outset, is that dating platforms establish a strong, dedicated user base. This means doubling down on trust and user safety, and finding ways to keep users engaged.

Despite the many positive things about dating sites, for some, the negative connotations persist. While sites and apps are a lot more conscious of preventing these, as with any platform that relies on user-generated content, the risk of users being catfished, shown inappropriate content, or de-frauded is always prevalent.

However, there are lots that digital dating platforms can do to build trust in their platforms and boost conversions. Content moderation is just one area – but it’s one that any dating service looking to expand its user base can’t ignore.

Ultimately there’s no substitute for getting the service right, knowing your users’ wants and needs (and there are many different dating services!), and developing a safe, secure and engaging environment for them to interact in. With these established, and when active usage hits a critical mass, monetization becomes a natural next step. 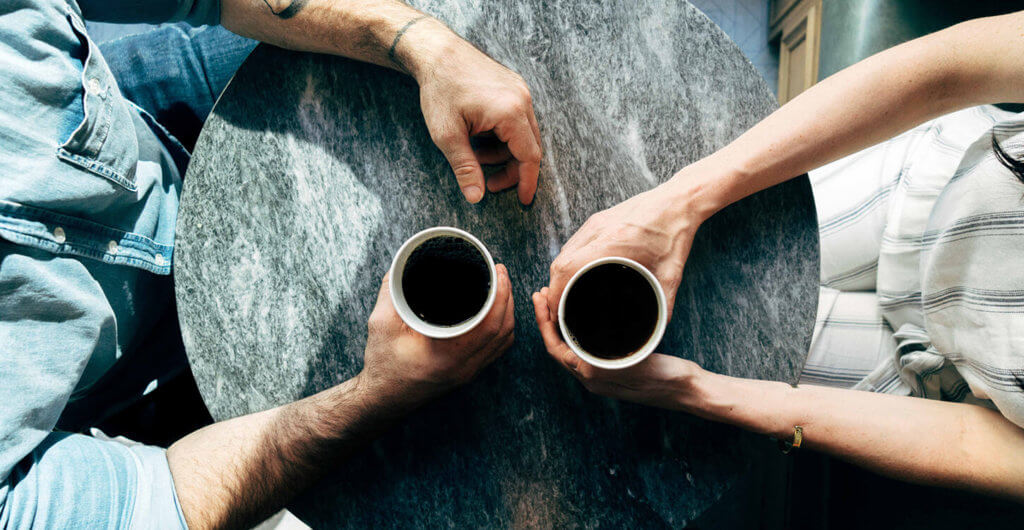 Monetization for online marketplaces – an interview with Bec Faye